Quality of Service (QoS) is a set of techniques to manage resources within a communications network. This page provides details of QoS implementation across HSCN.

Quality of Service (QoS) is a set of techniques to manage resources within a communications network. NHS Digital sets the QoS policy for the Health and Social Care Network (HSCN).

The required quality of service can be by achieved by managing the delay, delay variation (jitter), bandwidth, and packet loss parameters on a network. The HSCN utilises QoS to ensure that key traffic is prioritised over less important traffic during times of congestion.

HSCN and the Transition Network (TN) operate a 6 layer QoS model. The 6 layer model refers to the way in which QoS segments network traffic into different classes. A defined configuration, typically within the router at the egress point of a network, applies QoS 'markings' to data packets. These markings identify the class of service to be applied to that data in the event of network congestion. A QoS configuration can be applied to each point (also known as a 'hop') in a wide-area network. This enables a 'Per Hop Behaviour' (PHB) to be applied to traffic at each of these points so that key data is given the appropriate priority by the routing device.

The diagram below shows how QoS classes are configured. The grey pipe represents the overall bandwidth or Committed Data Rate (CDR) of the connection. Each QoS class has a priority and a guaranteed minimum bandwidth which is designed to ensure that application traffic can still be routed in the event of network congestion. The guaranteed minimum bandwidth is set for each QoS class as a percentage of the overall bandwidth (or CDR). It is represented in the diagram by the smaller coloured pipes. When network congestion occurs the QoS configuration determines how traffic is processed by the router. The HSCN QoS model uses a technique known as 'percentage based policing' to determine the minimum amount of bandwidth that is reserved for each QoS class in the event of network congestion. This feature provides the ability to configure traffic policing and traffic shaping based on a percentage of the bandwidth available on an interface.

Traffic types for each QoS Class

The HSCN and TN six layer QoS model is designed to support different types of network traffic. These classes are:

EF is the highest priority class and provides a (normally) small amount of dedicated bandwidth with an assured performance for real-time applications such as IP telephony.

AF1 is used for applications that move large volumes of data such as medical imaging transfer or backup traffic.

AF3 is used only for transactional/interactive strategic 'National Applications'. National applications are those that are centrally hosted and/or contracted by NHS Digital.

AF4 is used for multimedia applications such as video conferencing, as well as Voice over Internet Protocol (VoIP) signaling.

This is the 'default' class in to which all traffic not assigned to an EF or AF QoS class is placed. DE is the lowest priority QoS class.

The QoS minimum guaranteed bandwidths are only enforced by the network device when an interface is congested. If there is no other traffic using the connection, traffic in the AF class or DE may burst to "link speed", depending upon the particular QoS configuration. EF traffic cannot burst as it is configured with a hard limit. An example of how traffic can burst above its guaranteed minimum bandwidth is shown in the diagrams below. The diagrams assume the link is split between 3 QoS classes. Blue represents EF, purple is AF traffic, and yellow is DE. 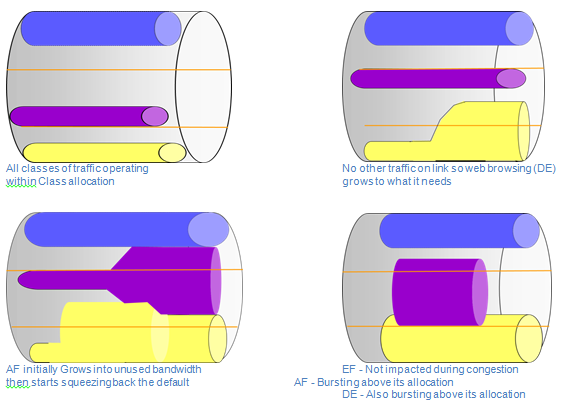 Figure 2: Example of traffic bursting on a QoS-enabled framework

Where QoS markings are applied

QoS will not be implemented for the HSCN Peering Exchange but markings will be left unaltered on packets that traverse it.

Figure 3: High level view of where QoS markings are applied to data packets and where they are honoured