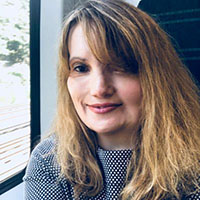 Last summer, after reaching the milestone of 70 apps on the NHS Apps Library in time for the NHS’s 70th birthday, I took over as a product owner.

The vision for the library is to help people to find trusted health and wellbeing apps, assessed by the NHS as clinically safe and secure to use. A key goal for the team is to achieve this through accessible and user-friendly design and features.

After I took over, and supported by a new delivery team, we started work to refresh the library based on our user research and align it with the improvements being carried out by the NHS website redesign team.

The earlier, beta version of the NHS Apps Library had been launched in April 2017 when the Apps and Wearables programme was in its infancy. This is how the library homepage used to look: 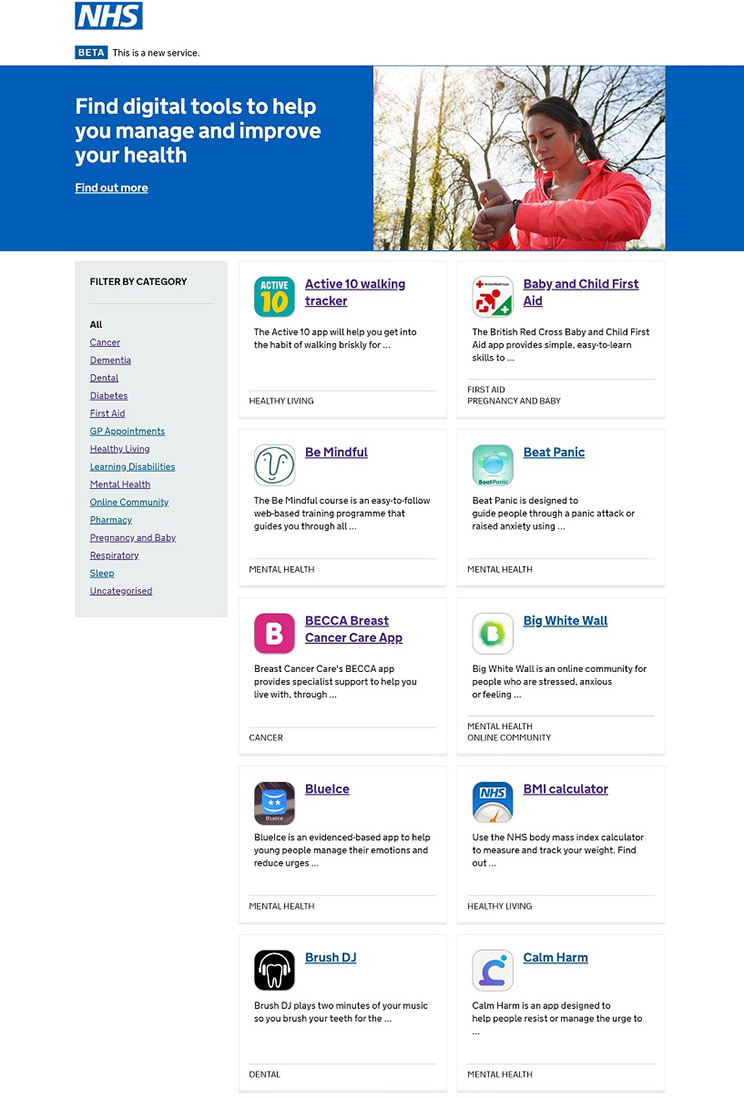 Alongside this, a huge amount of work was done across NHS England, NHS Digital and Public Health England to put in place the robust assessment process for the apps on the library, as programme director Hazel Jones explained in her blog Growing the NHS Apps Library a year ago.

While the library and governance were going from strength to strength, the design needed to evolve. We also knew from user feedback that the ‘beta’ banner was confusing, because it was giving the impression that the apps themselves were in a beta phase. This heightened the need to move to a fully live phase.

We had just four weeks to pull in and implement the new NHS website design patterns and release it, along with content explaining how the apps are assessed.

Below is the top of the library homepage which went live in August 2018. 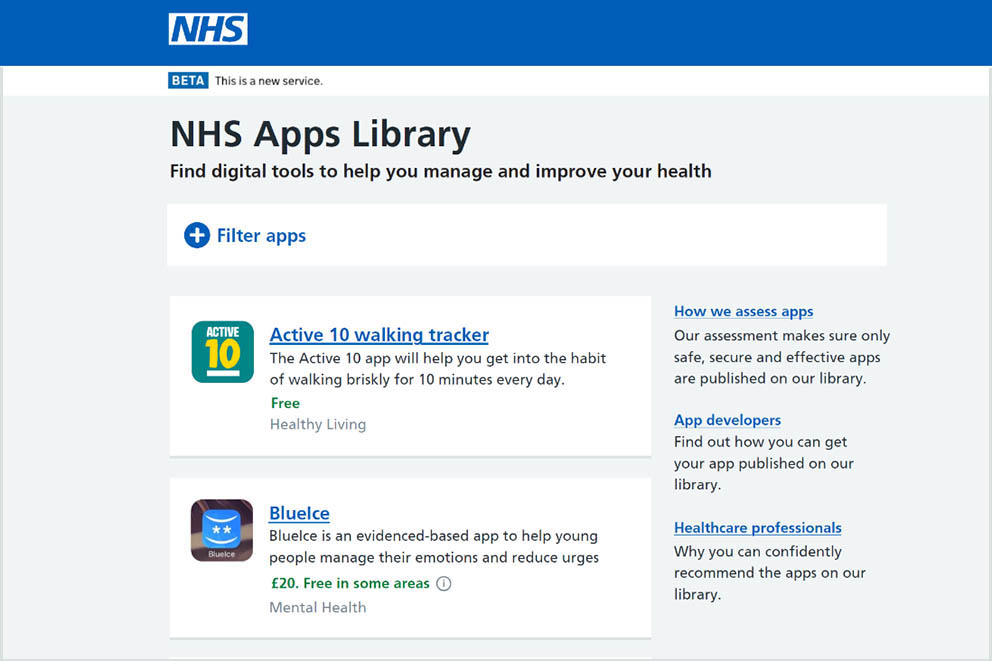 As a product owner, I felt empowered to quickly lead on this new look and feel for the Apps Library, safe in the knowledge that these design patterns were already being used on the NHS website and would therefore provide a consistent user experience.

But most importantly, I knew they had undergone rigorous user testing and were therefore proven to be fit for purpose and more accessible than the previous design.

Learning more about our users

After the first release, we reviewed previous user research and surveyed our users. In addition to specific feedback, we found that:

Gaining a better understanding of our users was important as it helped us to validate our belief that the right home for the – formerly standalone – NHS Apps Library was as part of the patient-facing NHS website, in line with NHS England’s Empowering people programme.

We’ve already seen the benefit of signposting users to relevant apps from the NHS website’s conditions pages, including mental health content, so integrating with the NHS website became a natural next step.

Over the autumn, we iterated the library to include various features, notably a ‘search apps’ tool, which we monitor to check we’re tagging apps with the most helpful search terms.

We also conducted our own user research with participants with accessibility needs, including people using screen readers. We prioritised our findings and since then some have been implemented, while others require further testing.

Starting the year on a high

Visits to the NHS Apps Library are soaring with well over 100,000 visits in January, compared with 30,000 in January 2018. Around 15 per cent now go on to the app stores – much higher than the usual click-through rate for an external link on the NHS website’s conditions pages, which is around 2 per cent.

Here is the top of the current homepage on desktop and mobile, at https://www.nhs.uk/apps-library/ 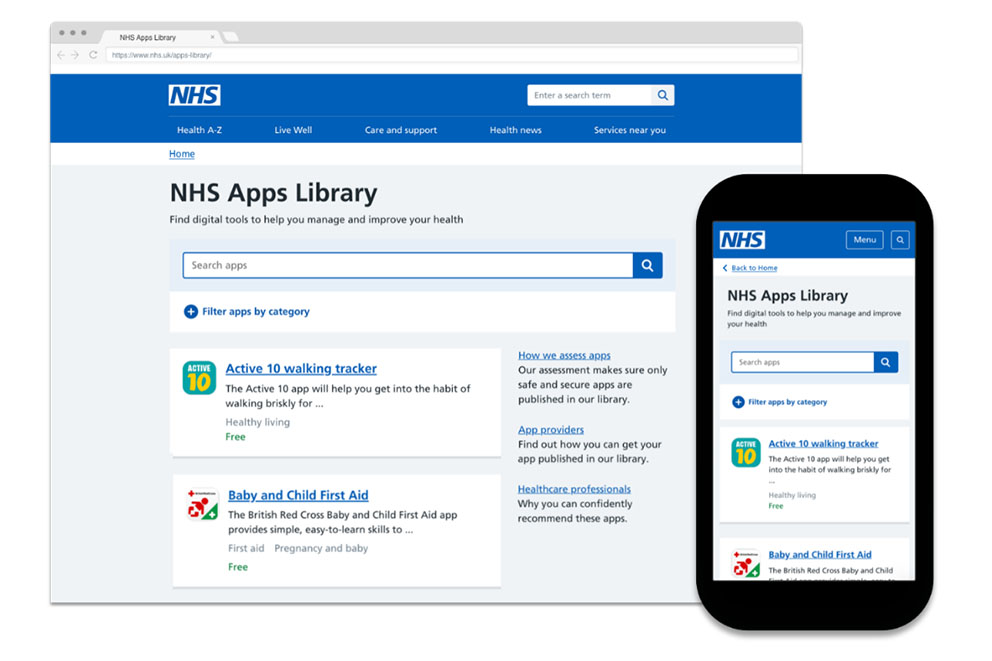 Our plans after launch

We’re just at the beginning. To get the site live, the team worked with experts across NHS Digital – and we are still making improvements.

This is alongside other work the Apps and Wearables programme is undertaking with commissioners and app providers.

Colleagues across NHS Digital and NHS England have supported us to get to this point and we look forward to continuing this collaboration as we enter the next phase. To get involved, email m.health@nhs.net.