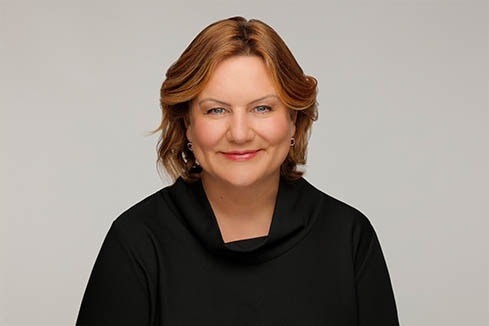 Sarah Wilkinson is CEO of NHS Digital, the executive body of the Department of Health which provides information, data and IT systems for health and social care nationally.

In each of the last four years Sarah has been named within the top ten in the TechUK 50, Computer Weekly’s annual ranking of the Top 50 Most Influential Leaders in the UK IT Industry. She was named Chief Digital Officer of the year in 2017 by the CDO Club, the world’s largest community of C-suite digital and data leaders. In 2016, she was named in the CIO 100, CIO Magazine’s ranking of the most transformative and disruptive CIOs in the UK.

She lives in Wimbledon with her husband and two teenage sons.

Prior to joining NHS Digital, Sarah was CIO at The Home Office, with responsibility for the delivery of technology services for the UK Border, Visas and Immigration, Asylum, Policing and Counter-Terror. Prior to that, Sarah spent 23 years in Financial Services during which she held CIO roles at Credit Suisse, UBS, Deutsche Bank and Lehman Brothers.

She has previously held non-executive roles on the board of the Police ICT Company, the Holmesdale Building Society and two technology start-ups.

Sarah is also a Non-Executive Director of NatWest Markets, the investment banking arm of The NatWest Group, a member of the Audit, Risk and Compliance Committee of Kings College London and a member of the advisory board of the Department of Computing at Imperial College.

Sarah read Mathematics at Imperial College, holds an MBA from London Business School and a Financial Times Non-Executive Director Diploma, and is a CEDR-certified mediator.

The importance of data in fighting disease during the pandemic
By Sarah Wilkinson. 25 September 2020
Clinical data is acutely private and confidential, and patients rightly demand that it is handled with great care. Sarah Wilkinson, Chief Executive of NHS Digital, explains more.

Health Secretary: Ambitious tech overhaul will make NHS most advanced health and care system in the world
23 May 2019
Top technology companies will be challenged to develop new, innovative GP IT systems to empower patients to access more health services online and through their phones, Health Secretary Matt Hancock announces today .

Invitation to Tender launched for GP IT Futures programme
23 May 2019
NHS Digital has issued an invitation to tender for existing and new suppliers to deliver a new IT systems framework for primary care.

New UK Health Data Research Alliance to boost medical research and improve future health and care
3 December 2018
An exciting new alliance will bring the UK’s leading academics together with forward thinking health data specialists, to develop new ways to design and support the medical research of the future, to improve the care patients receive from the NHS.

Health Secretary: My tech vision will help build most advanced health and care system in the world
17 October 2018
Outdated and obstructive NHS IT systems will become a thing of the past, Health and Social Care Secretary Matt Hancock has said as he launches his technology vision today.