Smashing the stereotypes - our cyber apprentice

Charlotte Roe is a 19-year-old from near Leeds. This is her story about how she's landed an apprenticeship in NHS Digital's cyber security operation. No out-dated gender stereotypes were ever going to stand in her way, and she wants others to follow the same path too. 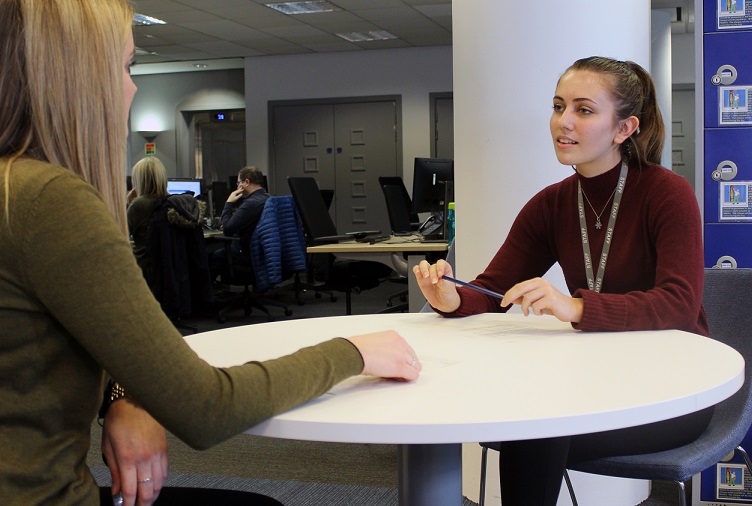 I’ve always enjoyed surprising people. There’s something quite satisfying about it. As a teenager, people never expected me to have flown a plane or to have a weapons handling licence at 13. That wasn’t what they expected a teenage girl to be doing with her time, but we’re all guilty of making assumptions and putting people in boxes.

Now aged 19, people are shocked when I tell them that I’m a Cyber Security Apprentice, and I like that. Most of my friends at school went on to study arts subjects, but I realised quickly that if I wanted to impress people, I had to be different and do what I wanted to do. So rather than follow my friends, I chose to take my own path, and it’s the best thing I’ve ever done.

When I was at school, I had no idea what I wanted to do as a career. I never really excelled at anything other than the sciences, so it seemed like a natural progression to just go on and study sciences at A Level. Sixth Form was a difficult time for me, but I kept going and against everyone’s expectations (including my own) I passed!

I achieved an A* in ICT, so it seemed like the logical thing to continue in this area. I started looking into IT apprenticeships and the name cyber security immediately stood out. In the same way that I like surprising people, I also like to impress people, so I knew that it would be something people would ‘ooo’ and ‘ahh’ at. I love detective-type work and had even considered joining the police at one point. I enjoy the buzz of investigating and I thought I’d probably get to do a lot of that working in cyber security.

My route into NHS Digital was largely down to my mum. She found out about an NHS Digital apprenticeship event and brought me in to drop off my CV. As soon as I said I was interested in cyber security my CV was snapped up and soon enough I was having a conversation with Dan Taylor. I had no idea who he was, so I enjoyed a bit of a laugh and a joke with him. It wasn’t until I turned up in September that I realised I’d been talking so openly and honestly with the Associate Director of Security!

Looking back, I didn’t really have any idea as to what a job in cyber security would entail. I initially thought it might involve a lot of coding and developing, but it’s so much more than that. There’s no such thing as a typical day in here. It changes all the time. Some days I can come in and it will be relatively quiet, but then other days I can come in and there’s been an incident at a local or national health and care network or organisation or there’s been a new malware released and we’re exposed to it, and we’ve got to get the information out to GPs and hospitals, whilst also protecting ourselves. Those are the days that really get the adrenaline pumping.

Cyber security is a complex area and there are days when the sheer scale of the work and the knowledge required to do this job amazes me. I’m working alongside very knowledgeable people – some with over 30 years’ experience.

During a particularly tough day, I remember telling my colleague that I was moderate to severely dyslexic. He had no idea and that was quite a defining moment for me because it made me realise that there was nothing holding me back from achieving my goals and because of all my hard work, they hadn’t even realised I was struggling. Here I am working in a traditionally male dominated sector – being given so much support from such an experienced team. It often feels like I’ve got seven dads because I get so much advice and support!

Since starting my apprenticeship, I’ve worked in the Project Management Office, ICT Security, the Cyber Security Operations Centre, GDPR, Networks & Infrastructure and now I’m in the Specialist Security Service. The best thing about moving around NHS Digital is the fact that it’s given me the chance to find out what I enjoy as well as understand the breadth of work that NHS Digital does. It’s also enabled me to find my feet, so I won’t have any ‘what ifs?’

It’s been so encouraging to experience how inclusive NHS Digital and the Data Security Centre is. I’m yet to encounter any barriers where being female has prevented me from pursuing my career. For me, confidence is key. When I was a child, I suffered with anxiety and I refused to talk to anyone but my mum. Even walking outside my front door was a challenge, which would very often end with me in tears, but over time I grew the confidence to walk to the shop next door. My mum pushed me to join the air cadets and at the time I hated her for it, but now I understand why she did it.  I was there for seven years (hence the weapons handling licence!) and I progressed from not speaking to anyone to speaking at air shows and commanding a squadron of 100 other cadets and members of the armed forces.

For me, it’s all about giving young women the confidence to step outside their comfort zone and take those first steps into a tech career. More and more companies and organisations are realising that women have a different set of skills to men and being different is what makes us valuable assets. I’ve not found it to be a limitation and indeed the different perspectives I bring to the team lead to better and more comprehensive analysis and accurate results.

I’ve attended quite a few careers events with NHS Digital, and I’m keen to show other girls that there is absolutely nothing stopping them from doing what I’m doing. I recently took part in an event at Leeds University, which was attended by some girls from my old school. When they realised that I was a former pupil, they were so excited. It really brought it home that you don’t have to come from a privileged background and you certainly don’t have to be male to pursue an exciting career in technology.

The beauty of working at NHS Digital is the fact that I am helping to protect someone’s life and securing one of the largest and most complex systems in the world! I may not be a doctor or a nurse, but indirectly I’m making a difference to people’s lives every day. When people think of the NHS, they often forget about all the work that goes on in offices behind the scenes. It’s only by working here that I’ve come to understand the scale of the operation and the effort that goes into keeping everyone safe. It’s great to be part of such a lovely community, but I must admit, I would enjoy some more women in the office who might appreciate the new shoes I bought at lunch, unlike my seven dads!

If you’re interested in understanding what we do, how we do it, and why we do it, then please get in touch.